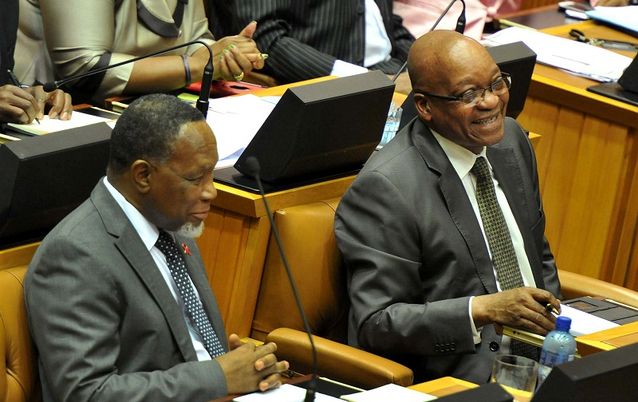 PRESIDENT Jacob Zuma’s state of the nation address this year was nearly lost amid mean-spirited apathy, with Zuma dismissed as a man who spoke as though he was reading a text message he had just sent in a language he learnt via audiobook. The preceding “red carpet” event, characterised by questionable taste and considerable cost, was a further distraction; by the time the doors of Parliament had shut, confusion reigned among viewers thanks to some media channels’ habit of combining fashion commentary with policy interrogation. But the odds were stacked enough without the support of strategic decoys or preconceptions; this speech had to be something more than previous state of the nation addresses. It had to be good.

It would, however, be an exaggeration to describe the speech as good. Natural conditions imposed by time, coupled with Zuma’s omnipresent if unfortunate monotone, made good impossible to achieve. But even if the speechwriter clearly intended to make no distinction between the state and the party in this, an election year, the speech was still better than previous attempts, with three observations to be made on the subject of energy.

The first is predictability. Shale-gas exploration licences, according to the president, will be issued soon. Now, whether or not anti-shale-gas activists believe it — or, for that matter, like it — every country and every government has the right to resource self-determination without the opportunistic or premature accusation of corruption. The response from these activists was predictable, but intimidating the government with insult or alarmism is more complicated than, say, bullying a chain of coffee shops. I just wish the phrase “game-changer” could be binned; it’s dangerously close to the deeply annoying New Labour “consensus” or the Tory-lite “blue-sky thinking”.

The second aspect is surprise — the N-word. Towards the end of 2013 it appeared there would be a delay on a nuclear procurement decision for South Africa, up until 2025. Now “we expect to conclude the procurement of 9,600MW”? When? With whom? The latter is a stupid question; Vladimir Putin would have been delighted to hear that (although it is unlikely he would have celebrated by “crossing swords” at those remarkable Sochi urinals with a fellow user). Again, Zuma’s sentiments provoked a bitter response from environmentalists, in particular the bellicose Earthlife Africa. There can be no doubt the South African grid is ideally suited to nuclear energy, but who is going to cough up the R1-trillion-plus?

The third observation is slight disappointment. If the theme of the speech was telling good-news stories, why did the existing renewable energy programme only get a “we continue to explore other energy sources in line with the Integrated Resources Plan”? This is an existing programme delivering tangible, real results, managed by highly competent people, incorporating a vast spectrum of professionals, facilitating real jobs and establishing foreign investment. It deserved more; surely it doesn’t make sense to emphasise the destructive influences of men such as union leader Joseph Mathunjwa at the cost of credible success stories?

The following day the speech was largely panned by opposition parties, some of whom, like certain quarters of the electorate, criticised Zuma’s delivery. This is unfair: he is never going to be an Obama or a Smuts. The “game-changer” aside, he’s no Tony Blair either, and didn’t claim to have had an ill-tempered conversation with God in the bathroom prior to the speech in which he persuaded God to support an illegal war and jail people who question climate change. For that we should be grateful.