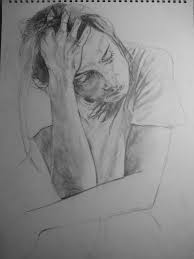 If anybody can reach any of the listed numbers…let me know how you did it.

The Department of Energy holds a media briefing on the request for information (RFI) for potential developers of renewable energy projects
29 Sep 2010
The Department of Energy will tomorrow, 30 September 2010, hold a media briefing on the Request for Information (RFI), an initiative aimed at potential private developers of renewable energy projects, specifically wind, solar, biomass, biogas, small hydropower and landfill gas and / or co-generation projects.
The RFI marks the first steps in the long-awaited proposed procurement programme under the Renewable Energy Feed-In Tariff (REFIT) programme, Phases I and II, as announced by the National Energy Regulator of South Africa (Nersa), following extensive consultation and deliberation with stakeholders over the course of the past year.
The briefing will be addressed by the Acting Deputy Director-General for Electricity, Nuclear and Clean Energy Mr Ompi Aphane and other senior officials.
The details are as follows:
Date: 30 September 2010
Venue: 75 Meintjies Street, Sunnyside, Pretoria (next to dti and Palama buildings)
Time: 11h00 – 12h30