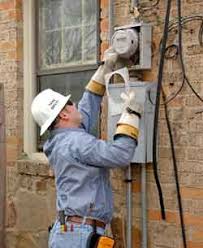 A US agency has awarded a $446 500 grant for feasibility study into the roll-out of , or smart meters, by the electricity unit of the eThekwini municipality, in KwaZulu-Natal.
The grant was extended by the US Trade and Development Agency (USTDA), which funds initiatives in developing and middle-income countries in a bid to foster trade and investment with US firms – the municipality would select the US contractor to complete the study.
US ambassador Donald Gips said that study would help eThekwini Electricity develop a “flagship” smart-metering programme, in line with an emerging regulatory demand, which stipulates that customers with monthly consumption levels of 1 000 kWh, or higher, be incorporated into a smart-metering system by 2012.
Gips argued, too, that the project could provide the technological foundation for improved demand-side management policies and regulations.
eThekwini Electricity head Sandile Maphumulo said that the project would assist the city in meeting its energy efficiency goals.
The grant is the second to be extended to eThekwini Electricity, which, in 2007, used USTDA funding to develop a strategic plan for the implementation of an integrated information technology system to speed up response times to network and system problems.
The utility subsequently awarded a contract to General Electric in April 2009, for the installation of an outage management system.
Source….