The sister publications, REN21’s Renewables 2013 Global Status Report and Frankfurt School – UNEP/BNEF’s Global Trends in Renewable Energy Investment 2013 were launched together on 12 June, 2013.  Together they see $244 billion invested in renewables worldwide during the course of 2012 – the second highest ever – with a clear shift towards developing countries. 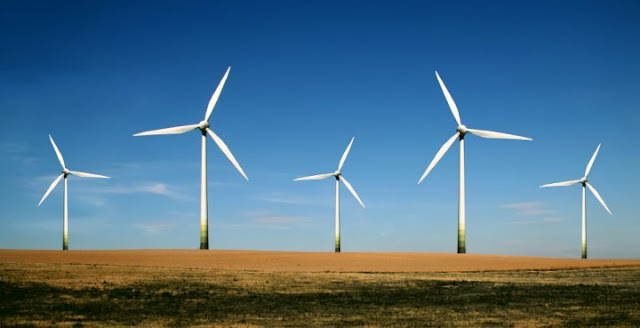 Global demand for renewable energy continued to rise during 2011 and 2012, supplying an estimated 19% of global final energy consumption in 2011 (the latest year for which data are available), with a little less than half from traditional biomass.
For only the second time since 2006, global investments in renewable energy in 2012 failed to top the year before, falling 12% mainly due to dramatically lower solar prices and weakened US and EU markets, says the Frankfurt School – UNEP/BNEF report, Global Trends in Renewable Energy Investment 2013. However, with $244 billion (including small hydro-electric projects) 2012 was the second highest year ever for renewable energy investments. There was a continuing upward trend in developing countries, with investments in the South topping $112 billion versus $132 billon in developed countries—a dramatic change from 2007, when developed economies invested 2.5 times more in renewables (excluding large hydro) than developing countries. The gap has now closed to just 18%.

In terms of power generation capacity, 2012 was another record year with 115 GW of new renewables installed worldwide, equivalent to just over half of total net additions. REN21’s Renewables 2013 Global Status Report demonstrates that the right policies can drive the successful integration of larger shares of renewables in the energy mix. Of the 138 countries with renewables targets or policies in place, two-thirds are in the developing world. The geographical distribution of renewables deployment is also widening, particularly in the developing countries.

In the lead is China, which in 2012 consolidated its position as the world’s dominant renewable energy market player—up 22%, an equivalent of $67 billion, thanks largely to a jump in solar investment. Elsewhere there were particularly sharp increases in South Africa, Morocco, Mexico, Chile and Kenya, with Middle East and Africa showing the highest regional growth of 228% to $12 billion. This development is particularly encouraging in view of the interlinked nature of the UN Secretary General’s Sustainable Energy for All objectives of universal access to modern energy services, and the doubling of both the global rate of improvement in energy efficiency and the share of renewable energy in the global energy mix by 2030.

In 2012, an estimated 5.7 million people worldwide worked directly or indirectly in the renewable energy sector. Although a growing number of countries invest in renewable energy, the bulk of employment remains concentrated in a relatively small number of countries, including Brazil, China, India, members of the EU, and the US. Employment is flourishing in other countries, and there is an increasing number of technical and sale jobs, particularly in the off-grid sector in the developing world.

According to Achim Steiner, UNEP Executive Director, “the uptake of renewable energies continues world-wide as countries, companies and communities seize the linkages between low carbon Green Economies and a future of energy access and security, sustainable livelihoods and a stabilised climate.  There has been a dramatic increase in number and size of projects. There have also been sharp falls in manufacturing costs and in the selling prices of wind turbines and photovoltaic panels, contributing to a shake-out in the industry in 2012. This is not only normal in a rapidly growing, high tech industry but is likely to lead to even more competition, with even bigger gains for consumers, the climate and wider sustainability opportunities.”

“2012 has been another record year for renewable energy installations worldwide and it is encouraging to see that 138 countries have put renewable energy targets and policy frameworks in place. We stand on the cusp of renewables becoming a central part of the world’s energy mix. However, to rapidly achieve higher renewable energy shares and secure the necessary investments, stable national and international policy frameworks that reflect the benefits of renewables are needed. REN21’s 2013 Global Status Report demonstrates how policies can drive the successful integration of large shares of renewables in the energy mix while simultaneously benefitting the economy and the environment,” states Arthouros Zervos, Chair of REN21.

Renewables are picking up speed across Asia, Latin America, the Middle East, and Africa, with new investment in all technologies. The Middle East-North Africa region (MENA) and South Africa, in particular, witnessed the launch of ambitious new targets in 2012, and the emergence of policy frameworks and renewables deployment. Markets, manufacturing, and investment shifted increasingly towards developing countries during 2012. Renewables represent a rapidly growing share of energy supply in a growing number of countries and regions:

In China, wind power generation increased more than that from coal and passed nuclear power output for the first time.

In the European Union, renewables accounted for almost 70% of additions to electric capacity in 2012, coming predominately from solar PV and wind power. In 2011 (the latest data available), renewables met 20.6% of the region’s electricity consumption and 13.4% of gross final energy consumption.

The importance of China and Europe for investments in renewables is clear: they accounted for 60% of world investment in 2012, even though it was the weakest year for Europe since 2009.

In Germany, renewables accounted for 22.9% of electricity consumption (up from 20.5% in 2011), 10.4% of national heat use, and 12.6% of total final energy demand. Germany saw renewables investment slip 35% to $20 billion, mainly driven by lower costs of installed solar capacity.

The United States added more capacity from wind power than any other technology, and all renewables made up about half of total electric capacity additions over the year. However, the, investment was down 34% to $36 billion, mainly due to uncertainties over US policy.

The Middle East and Africa showed the highest regional growth in 2012, with investment up 228% to $12 billion.

The brightest news from amongst the developed countries was Japan, where investment in renewable energy (excluding research and development) surged 73% to $16 billion, thanks largely to a boom in small-scale solar on the back of new feed-in tariffs for installations.