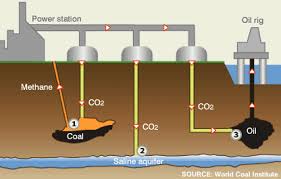 Petrochemicals giant Sasol on Monday purchased a 2,44% stake in the Technology Centre Mongstad, which is a $1-billion project under the directorship of the Norwegian State-owned entity for carbon capture and storage (CCS), Gassnova.
The purchase of shares was a continuation of the signing of a memorandum of understanding, which took place in South Africa in November, signalling cooperation on CCS.
Present at the signing ceremony in Oslo on Monday were Norwegian Prime MinisterJens Stoltenberg, Sasol group GM Braam de Klerk, and Gassnova CEO Bjørn Erik Haugen.
Technology Centre Mongstad (TCM) aims at providing an arena for the development, testing and qualification of carbon dioxide (CO2) capture technology for the large-scale treatment of flue gases, and to contribute to international deployment based on this experience, thereby helping to reduce the costs and risks of full-scale CO2-capture.
Sasol CO2 manager Jaco Liebenberg told Engineering News Online that Sasol would now have full participation in technology development and demonstration, and the agreement would allow Sasol, on a cost effective basis, to prove capture for dilute CO2streams.
As a major producer of concentrated CO2 emission streams, Sasol has indicated that it was committed to developing the human and technical capacity to implement CCS as a possible greenhouse gas mitigation solution for the company’s existing operations.

Capture of concentrated CO2 streams has already been proven.

“One of the main intentions of TCM was precisely the involvement of large, international companies that see the need to reduce their own emissions and thus are genuinely interested in the development of CCS technology. In this way, such partners also become carriers of technology to other countries with a substantial need for CO2 capture, Sasol is such a company,” said Haugan.
TCM could also benefit from Sasol’s experiences regarding the treatment of industrial emissions. Further, Sasol can help to market TCM as a service provider to the international chemical industry.
Gassnova said that it was in the process of finding additional partners for TCM, and hoped that with Sasol on the team, TCM could motivate other international energy companies to participate in the technology development that is to take place at Mongstad in the years ahead.
TCM provides an arena for international cooperation on CCS technology. The technology centre aims to test, verify and demonstrate technologies that can contribute to the dissemination of full-scale CO2-capture plants.
The other TCM partners are Gassnova, Norske Shell and Statoil, with Gassnova representing the Norwegian State in the project.
The technology centre was scheduled to be completed in late 2011 or early 2012, after which the work on technology development and testing would begin, and a full-scale CCS plant was expected to be constructed.
However, on May 1, the Norwegian Ministry of Petroleum and Energy issued a statement indicating that the project would proceed in accordance with an industrially based schedule as a measure to secure the quality of the project, however, according to current estimations, the government would present a proposition for investment decision on CCS at Mongstad to the Parliament in 2014.
Norwegian nongovernmental organisation Bellona, which was in support of CCS deployment said that it was “saddened” by the delay of the deployment of commercial CCS at Mongstad, as it was felt that the technology should be scaled up as quickly as possible, so as to reduce emissions responsible for climate change.
Engineering News