State-owned power utility Eskom believes proximity to existing grid infrastructure should be a key selection criterion for the initial renewable energy projects procured by the Department of Energy (DoE). But system operations and planning division MD Kannan Lakmeeharan stresses that government will make the final procurement decisions.
Government has confirmed that Eskom will be the buyer of the initial power associated with the country’s renewable energy feed-in tariff (Refit) regime, but the DoE also insists that this is an interim step and that an independent system and market operator will eventually taken over the buying function – no timeframe has been provided, however.
A transaction adviser will be appointed in the coming weeks to oversee the design of a competitive bidding phase, which could get under way by as early as November, while a request for information has been issued to test the market appetite among Refit project developers.

Lakmeeharan tells Engineering News that the precise details of Eskom’s role are still to be finalised, including the extent to which the system operations and planning division is “ring fenced” from the rest of the business.
The unit already has as a distinct balance sheet and income statement, but clarity is required on government’s expectations regarding the level of governance ring fencing that will be required to minimise conflicts of interest.
Lakmeeharan acknowledges that there is anxiety about Eskom’s role as grid operator and buyer. But should the selection criterion be clear, the process transparent and should the rules be in place for the dispatch of power, he believes that the basis for most conflicts will be removed.
The actual money for the first non-Eskom generation capacity has itself been ring fenced in the second multiyear price determination, with some R12-billion having been set aside for Eskom to buy power from independent power producers – about R8-billion of that has been allocated for the first 1 025 MW of Refit-related capacity.
However, Eskom has received grid application enquiries from about 150 developers, representing more than 15 000 MW, which is likely to make the initial selection phase highly competitive and difficult.

DoE acting deputy director-general Ompi Aphane reports that the bidding process could be enlarged beyond the 1 025 MW outlined in the first integrated resource plan, or IRP1, and could include capacity allocated under the IRP2010, which should be released soon and covers a 20 to 25 year time horizon.
Securing funding for those additional projects could prove challenging, though, owing to the fact that there is only tariff certainty until 2013.
Therefore, Lakmeeharan believes that the process is likely to be phased, with the initial project selection being weighted to grid-ready initiatives and to those projects from which power can be procured using the revenue allowed under the prevailing tariff structure.
He argues, too, that projects located near to existing transmission and substation infrastructure should be given priority, given that the grid code makes independent power producers accountable for so-called “shallow connections” costs, while only “deep connection” costs can be “socialised”. Shallow connections involve the construction of lines from the generation plants to the closest substation and its integration into the substation, while deep connections relate to the reinforcement needed to integrate that new capacity into the existing grid.
In other words, should government wish to open up new generation areas that are some distance from the existing grid, mechanisms would have to be put in place to make it affordable to the developers, Eskom and the electricity consumer.
He also warns that it can take anywhere between seven to ten years to introduce new transmission infrastructure, owing to the regulatory, environmental and land acquisition processes involved.
Eskom has completed studies to identify areas that can be connected by 2012 and will make that information available to potential developers.
“What we are trying to do, is indicate to developers where we have existing capacity and the length of time it could take to open up new areas. But projects in the Northern Cape, or in the northern parts of Limpopo will present a challenge,” Lakmeeharan asserts, noting that there is capacity already in place in the Eastern Cape and Western Cape. 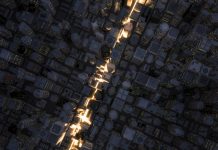 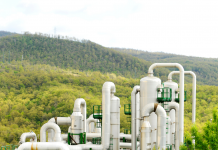