The Zonk’izizwe project evolved after the City of Johannesburg agreed to build a new high-speed rail line to connect Johannesburg and Pretoria, South Africa’s capital. The rail line runs through the town center site, which is in the Gauteng region. Gauteng is the economic hub for all of Africa, generating about 35 percent of country’s GDP and 12 percent of the continent’s economic output.
The energy plan, which combines alternative, on-site energy production with conservation, provides a roadmap for meeting the energy needs of a new society born out of the socio-economic transition that redistributed the nation’s wealth among the black population.
The rise in the standard of living for such a large segment of the population increased demand for electricity far beyond the government’s energy production capacity, Higgs explained, noting that the old regime relied solely on Eskom, South Africa’s state-owned utility that generates electricity from nuclear, hydroelectric sources and coal.
The SAAEA would be interested to learn more about this project from local representatives…or do we smell a rat in the long green grass ?
Read More…. 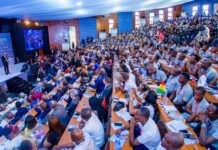 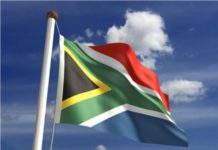