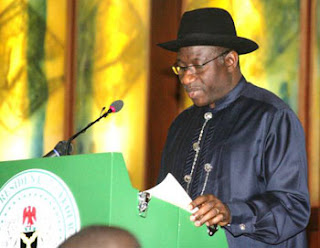 THE  Minister of Power, Professor Chinedu Nebo, has promised that power generation would double before the end of the year, even as the Federal Government harps on hydropower generation for environmental considerations.

Nebo while addressing some Nigerians in Cape Town South Africa on recently said the current process of privatisation in the power sector will produce tremendous benefits to investors.

He said “power generation has doubled under President Jonathan’s administration, and will double again within one year”.

According a statement issued by Timothy Oyodeji, Deputy Director/Head of Press, the Permanent Secretary of Ministry of Power, Ambassador Godknows Igali, said that because of environmental degradation associated with fossils power generation, the Federal Government is going to make hydro the focus of the new energy mix for the country.

While receiving the European Union delegation in his office, led by Ambassador David Macrae in Abuja, Igali said that apart from being environmental friendly, small hydropower generation can be transmitted off grid for use by small rural communities around the dams.

Stating that with about 200 Dams across the country that were hitherto constructed for purely irrigation purposes, but can now be adaptable for electricity, the concomitant multiplier effect in agricultural value chain is unimaginable, employment generation and empowerment would naturally follow.

While commending the European Union for its continued assistance in critical areas of the nation’s economy, the Permanent Secretary, assured the delegation that the waste associated with gas flaring would soon be over, as the country’s Independent Power Projects (IPP) are designed to take advantage of Nigeria’s gas potentials.

The EU leader David Macrae, has described Nigeria’s energy sector as priority to the EU, saying that the EU will help Nigeria meet the gap in financing of some key capital projects in the sector.

Ambassador Macrae promised EU support for capacity building, saying he is allying with the planned arrangement to bring to Nigeria trainers, rather than Nigerians going abroad for such training.  This he reasoned is not only cost effective but would afford more Nigerians to be so trained.

He also said that EU programme would touch on bringing up stream renewable energy potentials, adding that the EU is interested in ensuring effective power transmission to the rural areas through Rural Electrification programme.

The Minister noted that among other things, rural electrification has become a priority of the Jonathan administration, beginning with the full re-activation of the Rural Electrification Agency.