MTN SA today showed off a ‘green’ base station near Upington, which is based on environmentally-friendly technology that will make it easier for the network to reach rural areas with wireless broadband services.
The green base stations form part of a massive investment that MTN SA is making in network infrastructure.
The operator has pumped R18bn into its South African network over the past two years, with an  increasing focus on rolling out infrastructure in rural areas. The  operator has earmarked another R4bn – R5bn for infrastructure investment in  the next year.
The capital  investment the operator has made over the past two years covers both rural network rollouts and the addition of  transmission capacity to its network, says MTN SA MD Karel Pienaar.
TechCentral last month broke the news that MTN SA plans to build a third-generation (3G) mobile network to  offer wireless broadband services to consumers in outlying areas.
The company’s chief technology officer Sameer Dave said at the time that the company is planning to “refarm” a portion of its 900MHz  spectrum for the network for wireless broadband. This spectrum is traditionally used by local mobile operators for second-generation  (2G) services — mainly voice — while operators usually use 2.1GHz  spectrum for 3G.
Pienaar showcased the first phase of the rollout of the new rural  network today with the unveiling of one of the company’s 21 green base-stations in Riemvasmaak, 120km from Upington.
The base station runs on solar and wind power because Eskom could not provide electricity in the area.
Up until now, the lack of electrical power in remote areas made it costly and difficult for operators to roll out network infrastructure, says Pienaar.  But solar and wind power has matured to a stage that it is now a viable alternative to diesel-powered generators.
While the capital costs for these green base stations are higher, they deliver far lower operational costs.
The pan-African operator spends more than $100m/year on diesel for its operations across the continent. Diesel accounts for 6% of MTN  Nigeria’s operational expenditure.
Pienaar says the new rural base stations are already using the refarmed 900MHz spectrum for wireless broadband access. However, he says the base stations also provide voice and other services on the traditional 3G 2.1HGz spectrum.
MTN hopes in the near future to roll out similar infrastructure in other targeted areas that currently have no 3G data connectivity, Pienaar adds.
MTN’s data services currently cover close to 50% of South Africa’s geographical area. “Wireless broadband is the most effective mechanism  to bring data services to rural South Africa. It makes both economic and business sense,” says Pienaar.
“We believe much of our future data market will come from these previously under-serviced areas that are desperate for the full end-to-end connectivity services that MTN can provide.” — Candice Jones, TechCentral 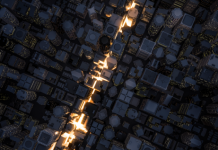 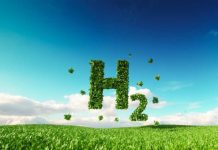