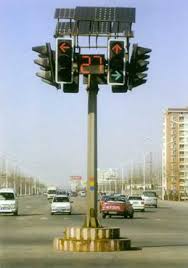 The Johannesburg Roads Agency (JRA) will roll out solar power to 50 more intersections over the next six months, said CEO Dudu Maseko in Johannesburg on Wednesday.

Speaking to Engineering News Online on the sidelines of the Africa Roads conference, she said eight interchanges were currently powered by solar panels, in a pilot research project to determine the viability of this energy form to power traffic lights.

Maseko said the Johannesburg council had granted approval for the project to be expanded to 400 intersections, as part of larger trial.

Maseko said the JRA was seeking a research grant from the Development Bank of Southern Africa to determine which products provided the optimal results.

She said it was also feasible for outdoor advertising to pay for some of the costs of the solar project, as it could be displayed between the panels’ installations.

Maseko also noted that the JRA has begun a second solar power pilot project in Soweto, where some street names will be lit up using solar power.
Engineering News