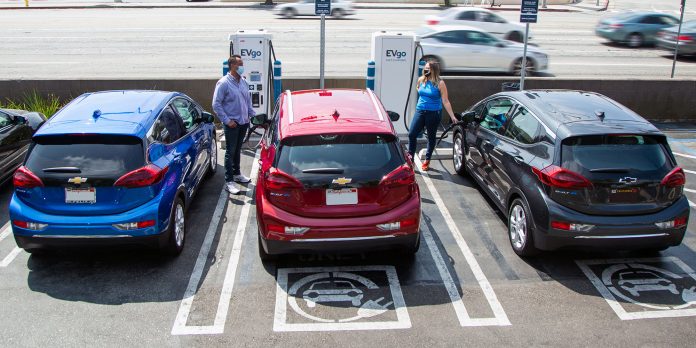 General Motors and EVgo announced today that they plan to add more than 2,700 new fast chargers at grocery stores, retail outlets, and entertainment centers in 40 metropolitan areas. The project, which will take five years to complete, is an effort to convince renters and condo dwellers that EVs are practical. The message is to fast-charge in a half-hour while you’re completing errands.

GM will make a financial investment and provide data that will help determine the locations. But the company did not give details on the amount of investment. The new chargers will be open to all EV drivers.

Cathy Zoi, EVgo’s chief executive, explained in a media roundtable today that pricing for the new stations will not be discounted for owners of GM vehicles. She said:

Today, a typical EVgo session costs between $5 and $15. It will be the same thing going forward.

The first of the new chargers will come online in early 2021. The charging rate will be between 100 and 350 kilowatts.

Precise numbers for chargers can be hard to pin down. Here’s Abuelsamid’s tally:

In the roundtable session, Zoi explained the rationale for focusing on fast-charging at local shopping centers:

The underlying concept of the GM-EVgo tie-up is that General Motors wants to market its electric vehicles, like the GMC Hummer EV and Cadillac Lyriq, to people who rely on street parking. If that strategy works, it will represent a significant gain in the number of EV drivers who primarily rely on regular (even daily) fast charging.

Abuelsamid said that GM is preparing for this shift by designing the thermal management and chemistry of its future EVs to mitigate the damage from daily quick charging. He told me:

This announcement reveals GM’s desire to market its EVs to a broad demographic, including people who won’t have a plug at home. That makes sense. Apartment dwellers shouldn’t be neglected.

However, when you look at GM’s first new EV offerings — large, expensive models like the Hummer and Lyriq — it’s hard to imagine those buyers will be parking their cars on the street. At the same time, we wonder generally about luxury buyers rushing to a local grocery store and hanging out for 30 minutes while a charge completes.

Yes, next-best solutions to home charging need to be launched for apartment and condo dwellers. But would this effort and investment be better placed on even more workplace charging, as well as load-balancing solutions for multi-family dwellings?

Unfortunately, relying on public charging undermines two of the most significant benefits of owning an EV. Home charging is incredibly convenient and cheap. It only takes about a minute to plug in every night, and the cost is a fraction of what people pay at the pumps.

Today’s announcement would have had more significance if GM had promised discounted or even free charging at the new locations. As it stands now, you can expect the price of public EV charging to be a lot closer (or about the same) as buying gas for an ICE car. 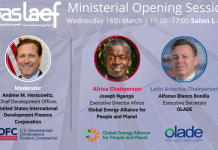 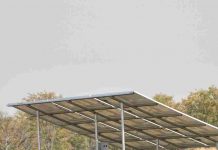