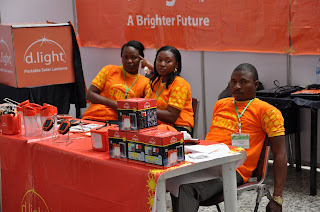 In order to address energy shortage challenges, Botswana’s energy sector strategy will focus on attaining energy security and self-sufficiency.
Permanent Secretary in the Ministry of Minerals, Energy and Water Resources, Mr Boikobo Paya said Botswana also believes that diversity in energy would take the country to energy security.
Speaking at the New Partnerships for Africa Development (NEPAD) and United Nations Development Programme (UNDP) workshop for Sustainable Energy for All in Gaborone on April 22, Mr Paya said the country had set goals and targets that are pursued through various projects, programmes and initiatives to diversify energy sources.
Mr Paya also said access to energy facilitates social and economic development, offering an opportunity for improved quality of life for the general populace.
“The national access to energy currently stands at 68 per cent, and we are driving towards 80 per cent by 2016 and 100 per cent by 2030,” he added.
He noted that the contribution of renewable energy to the energy mix was one per cent and the country had set a target of 15.3 per cent by 2016. “This will be done through increasing our generation capacity and making use of cleaner and more efficient technologies,” he said.
Meanwhile, NEPAD head of energy division, Mr Mosad Elmissiry, said the majority of people in Africa still lack access to clean energy, yet Africa was blessed with massive and varied energy resources such as coal in the southern part, huge hydro resources in central and north as well as massive gas resources in the east and west.
He said these energy sources should be looked into in an endeavour to attain sustainable energy for all. Mr Elmissiry urged Africa energy stakeholders to double their efforts to address the challenge of making energy available and accessible to the bulk of the African population.
The week-long series of technical workshops for sustainable energy for all was attended by experts from various areas of the energy sector, representatives from regional economic communities, government ministries, civil society, development partners, donor communities, African Union Commission and NEPAD involved in energy for all initiative.
The workshop aims at enabling African countries to provide energy resources to their citizens.
Source…