Dr. Eng. Mariusz Grabda is an Assistant Professor at Institute of Environmental Engineering of Polish Academy of Sciences, and currently a post-doc fellow in the Institute of Multidisciplinary Research for Advanced Materials of Tohoku University in Japan. His primary research concerned on utilization of geothermal heat and natural utilization of sewage sludge. In recent years, his research area is dedicated to solid waste management, especially a thermal recycling of waste plastics containing brominated flame retardants. Mariusz Grabda is a member of the Program Committee of the Waste Management Conference Save the Planet, 28-30 March 2012, http://www.eco.viaexpo.com

The way of determining the garbage (municipality waste) fees and the way of payment.

Central government funding helps rural communities in Japan afford expensive MSW management systems even though they have limited financial resource bases of their own. These less populated areas are thus able to resist becoming the dumping grounds for cities.

The Japanese central government also provides direct funding for MSW facility construction. In 2000, $8 billion was used to construct MSW facilities, and of that total amount, projects costing $5 billion were funded through national grants. Only 3% of this $5 billion came from municipal general revenues. The other 97% was covered through the special national grant fund (37%), local bonds (58%), and prefectural grants (1%) (Yorimoto 2003).
How the landfills are managed in your country?

Landfills for municipal waste are usually operated by local governments, which secure sufficient land for future needs within their area because they have the responsibility of dealing with municipal waste discharged from their own districts. As a result of soaring costs, difficulties in sitting MSW management facilities, and pollution problems, more municipalities are choosing to manage their MSW jointly. About 35%, 50%, and 45% of all municipalities jointly implemented recovery, incineration, and final disposal operations, respectively. Landfills for industrial waste are usually operated by private companies, most of which are small or medium-sized firms that do not have enough internal reserves to develop landfills for the future. Thus, they usually get bank loans for construction of landfills. As a bank finances them for 10 years at most, they have to plan to get returns from their investment within that period. The term might be shorter than 10 years, perhaps eight years, considering that the construction period is approximately two years.
What is the actual percentage of collected waste packages from the collection systems in the municipalities in your country?

The volume of containers and packages has become approximately 60 percent of the total municipal solid waste. The official MSW recycling rate was a relatively modest 16% in 2002. This figure does not include privately collected recyclables, such as newspapers recycled by private recyclers and glass bottles returned to retailers (these items are excluded from the government’s figures because they are not considered waste under the Waste Management and Public Cleansing Law). If privately recycled materials are added into the official recycling figures, the national MSW recycling rate rises to 35%. The Container and Packaging Recycling Law was enacted in 1997 in order to promote efficient use of recycled containers and packages generated and reduction of wastes by shifting those wastes into recyclable resources. Since April 2000, plastic containers and packages other than PET bottles and paper containers and packages other than paper cartons for drinks have included in the target items of recycling, as well as the scope of specific business entities has been expanded under this Law. 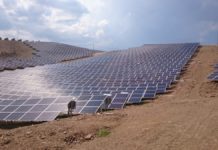