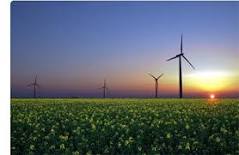 The current “mispricing” of carbon is a serious disincentive to investors with projects designed to “retrofit” economies for a lower carbon future and to investments that would help stimulate still flagging global aggregate demand and job creation, Nobel award-winning economist Professor Joseph Stiglitz argues.
Speaking to a South African audience on Monday, the Columbia University professor and former World Bank chief economist dubbed climate change a “global externality”, whereby the scarce resource of the atmosphere was being treated as a “free good”. A realistic carbon price was probably $80/t, he asserted.
Stiglitz said that a more accurate pricing for carbon should be seen not merely as an instrument for “sharing the burden” of climate change, but also as an opportunity to stimulate green investment, which, in turn, would help the world economy recover more strongly from its “Great Recession”.
“What I was hoping for before Copenhagen, is that there would be an agreement to move the price of carbon higher and that would provide the incentive for investment . . . which would be the source of demand that would get us out of the economic slump that we are in,” he argued. Instead, “there is now uncertainty about the price of carbon”, which has led to investors holding back.
He warned that the mispricing of real estate in the US, which led to the housing bubble, which precipitated the financial crisis, was “small compared to the mispricing of carbon”. “The true price should be something like $80/t and that will happen . . . but if we don’t do it in a smooth way, it will be a crisis and when that happens it will have traumatic effects.”
A strong proponent of carbon taxes, Stiglitz said that such taxes should be broad based, with few exemptions. “In terms of the theory of taxation, it’s also a very good approach, because it make makes much more sense to tax bad things than good things.”
South Africa’s National Treasury released a discussion document in December stating that a tax of R75/t, or less than $10/t, could be introduced, increasing to around R200/t. Companies have until February 28, 2011, to comment on the paper. Meanwhile, the Department of Environmental Affairs was due to host consultative workshops in January and February on its National Climate Change Response Green Paper, while South Africa prepares to host the next round of international climate negotiations in Durban at the end of the year.
But price signals alone would “not suffice” and government intervention and regulation, from restricting coal-fired generation to redesigning the transport system, would also be required.
South Africa, he argued, should adopt a proactive stance and align its macroeconomic and industrial policies to the promotion of a green society and economy, notwithstanding the absence of a legally binding global deal and the economy’s relative carbon intensity.
The full range of instruments should be deployed, from increasing grants to green technology research and development, to macroeconomic policies that improved currency competitiveness, which would be supportive of greentech industries and job creation.
Responding to Stiglitz’s input, Business Unity of South Africa president Futhi Mtobaargued that business was supportive of the development of growth policies that integrated climate mitigation and adaptation policies, but warned that the current lack of regulatory certainty was increasing the risks for local businesses.
The National Union of Mineworkers general secretary Frans Baleni called for government and society to “come to terms” with the challenge, but to do so in a way that safeguarded the country’s coal reserves and coal-mining jobs.
“We need to adapt to better emission controls to reduce greenhouse gases, not to let go of coal, or stop using coal,” Baleni asserted, adding that research efforts should be supportive of clean-coal technologies and improving energy efficiency.
Engineering News