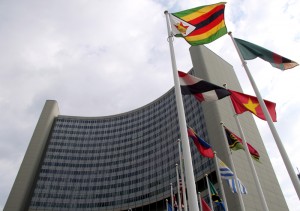 The news that Africa’s richest man is to finance the construction of a new refinery in Nigeria comes as Africa’s energy decision makers grapple with the conundrum: to refine, or not to refine.
Seems like you can’t move these days without someone announcing the next big thing in refining. From Motiva in Port Arthur, to Jubail in Saudi Arabia, billion dollar projects abound, sending the very clear message that bigger is unreservedly better. The Nigeria plan calls for Aliko Dangote, said to be the continent’s richest man, to develop an $8 billion refinery.
However, with all that new refining capacity already being felt in global markets, the question of whether it is better to invest in independent refining capacity, or take advantage of the flows of refined oil products that are coursing around the world and import finished grade products, is one that more people are asking.
Despite the complexity of these new facilities, there is a touch of sameness that accompanies the nameplate capacities. Should it come to be built, Nigeria’s new refinery would take something in the region of 400,000 barrels a day, taking precious local crudes through the labyrinthine chemistry set to pump out diesel and gasoline. Should it come to be built, it stands to heap further misery on a European refining sector that is increasingly reliant upon Africa’s gasoil and gasoline thirst to soak up the excess light end production.
The proposed completion date, 2016, looks ambitious, but there are other projects scattered about the continent that are equally ambitious and some are already bearing fruit. Sonatrach’s major upgrade at Skikda in Algeria is nearing completion, Samir’s refinery at Mohammedia just north of Casablanca has seen its complexity edged inexorably upward, while the continent’s largest announced/anticipated refinery is to be built at Port Elizabeth in South Africa.
But the lure of possessing your own state-of-the-art refining is hard to ignore,  in spite of the economics of it. The recent African Refiner’s Association conference in Cape Town at the end of March epitomized much of the debate surrounding the targeting of investment. The compulsion to construct refining capacity ties in with the ambition and confidence that is starting to be felt throughout the continent. The ARA’s outgoing president, Anabela Fonseca, captured it in her speech at the start of ARA Week when she issued the battle cry: “‘Africa is rising.” For a continent that has too often felt that its own natural resources have been plundered through the centuries, the intoxicating sense of empowerment borne of energy self-sufficiency is almost tangible.
And Africa is not the only region where that empowerment is being felt. Over the next two years, something in the region of 7 million barrels a day of new refining capacity is expected to come online, and almost exactly two thirds of that capacity will be found in China or the Persian Gulf, with the rest divided up between the Americas and Russia.

GM to add 2,700 EVgo chargers in 5 years, a bet on fast-charging while shopping