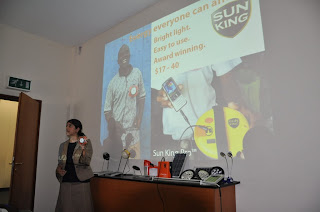 Within 50 years, Africa will become a prosperous continent, with robust growth expected to continue Africa still faces key challenges in politics, the effects of the global economy and infrastructure deficits on the continent. Africa needs to start funding its own development and reduce its reliance on foreign aid through increasing savings and leveraging partnerships with organizations

The fact that South Africa hosted the recent BRICS summit is an indication of how much Africa has changed, Jacob G. Zuma, President of South Africa, told the opening plenary of the World Economic Forum on Africa. With the support of the Government of South Africa, the meeting opened today in Cape Town, South Africa. Over 1,000 participants from more than 80 countries are taking part. Under the theme Delivering on Africa’s Promise, the meeting’s agenda will integrate three pillars: Accelerating Economic Diversification; Boosting Strategic Infrastructure; and Unlocking Africa’s Talent.

South Africa’s membership in the BRICS (Brazil, Russia, India, China and South Africa) represents an important turning point for Africa as a whole in terms of economic activity and the continent’s connectivity to the global community, Zuma said. Its hosting of the event on African soil and the participation of African leaders provided an opportunity for the continent to have a united voice on issues it wants to prioritize, such as regional integration and infrastructure.

“The representation by Africa’s leaders indicates that Africa’s attitude towards itself and its attitude towards the rest of the world have changed. We would like to see an Africa that is self-sufficient in every way, and that is possible,” said Zuma.

Nkosazana Clarice Dlamini-Zuma, Chairperson, African Union Commission, Addis Ababa, said the African Union, which celebrates 50 years this month, is working towards building a prosperous continent by identifying and investing in the continent’s assets, primarily its people.

In the next 50 years, she said, Africa should be “a prosperous continent at peace with itself”. She cautioned that Africa’s development is not just the business of governments, but also the responsibility of its citizens.

Donald Kaberuka, President, African Development Bank (AfDB), Tunis, said that African countries could learn a lot about development from BRICS countries given how they have overcome their own challenges in this regard. He identified Africa’s key challenges as politics, the effects of the global economy and infrastructure deficits on the continent. He said Africa needs to start funding its own development and reduce its reliance on foreign aid through increasing savings and leveraging partnerships with organizations such as the proposed BRICS bank. “We can transform the continent within a generation,” he added.